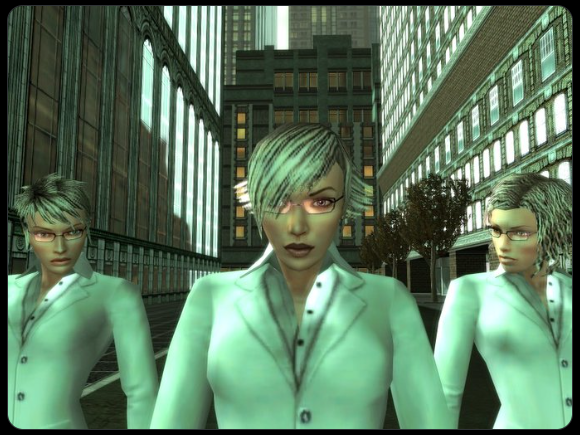 In a great ongoing series of notable MxO NPCs (viewable at https://bloggathehutt.wordpress.com/2022/08/04/matrix-exile-of-the-week-valfreyja/), FrozenFire recently covered the Valkyries, downtown denizens known for lavishly exhibitionist costumes along with interesting but slight backstory.  Just their name evoked memories of hard-won fights, evocative backstory, and (most crucial) memorable loot, including some of the most garish, self-indulgent, brassy clothes in the game (and that’s saying something).  Naturally I loved them and could not relax until I had claimed them all.   Yet where the guns, glasses, and gowns soared, the story stalled, and the Valkyries’ background hinted at much (related to Agent Pace!  their own constructs!) but delivered little.  Even so, its independence from the main narrative of the game meant it could be played repeatedly, like farming for the Area K coat in ZeroOne.  Alas, we were never able to visit their constructs, which would likely have featured frosty fjords, Scandinavian milieus, delicious, delirious jewelry, sleighs instead of cars, and big, burly elves (my favorite kind).

Inspired by FrozenFire, I read through old files and discovered an outstanding write-up from Ewan Stanford in 2008 (updated a few months later and available today at the French site https://mxo.jeuxonline.info/article/6151/quete-valkyries; thanks to Rarebit for this).  It just seems to cover everything, and I present it below, with extremely light editing.  For me there was deep pleasure in remembering this arc of mishes from years past.  Today, in 2022, there is scant mention of this article on Google, or of Ewan; time has disregarded them both.  So, with full credit to Ewan, here's his article; my reflections follow. 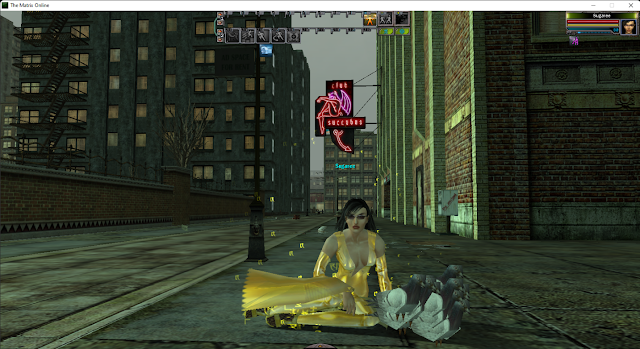 Perched on the pavement with avian friends…who’s got the plumage now?

Quest for the Valkyries 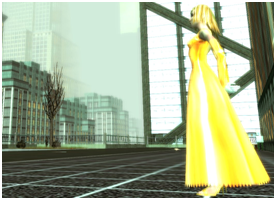 This quest takes place in Pillsen. It begins as you meet Svanhild (-325; 19; 140) not far from the Pillsen North hardline. She is worried and asks for your help because there are ruthless Valkyries in the neighborhood. She suggests that you investigate them, and give her the mysterious codes they possess and which give them their strength. Svanhild could, thanks to these codes, craft weapons as well as equipment against the Valkyries.

To start the quest, you will need to give Svanhild 1.5 million Info for a piece of paper containing the address of a person who saw Valkyries. Indeed, you will find a bluepill at the address indicated, but will not be able to get there until you are at level 40.

Go and seek the second witness. But beware, on the way, you may also witness these shadows. These are in fact Valkyries (your level +1) all dressed in white that will attack you. 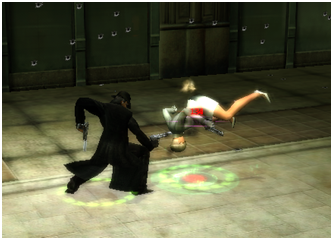 You will find on their corpses those famous codes requested by Svanhild, an Andvaranaut Fragment. The mission will end once having collected the account of the second witness. If you want to farm only these shards, cancel the mission at this point to start over and find new Valkyries on your way.

So you leave this woman's apartment with the summons in your pocket.

The summons contains an address you will go to. There you will find a level 55 Valkyrie (Valfreyja).

With that, the Valkyrie will jump on you. Once you prevail, you will recover a jewel from her corpse.

Um, okay, let's upload all this to the hardline…

It's not that we doubt its operator, but by taking a look at its inventory, we will see a magnificent Brisingamen. As suggested by the operator, let's go see Svanhild to see what we can do with it.

By repeating these missions several times, you should accumulate enough items to collect some bundles from Svanhild. These are clothes (white suit and glasses), firearms, a consumable and a golden outfit for women.

History of the Valkyries

As you progress, Svanhild will give you Valkyrie Story Shards. For each set to be exchanged (see the previous paragraph), a text will be communicated to you BEFORE and AFTER the exchange. Here is what there is to learn.

The bits of background above reward attention.  The connection with Pace is unexpected; her warm “tesoro”s and poise seem at such odds with the fitful, furious Valkyries.    This was not without reason.  Back when this was being designed, the machines made Pace Italian so she would seem warmer and more welcoming (as if Agent Gray’s gushing encouragement were not enough!!).  As for the Valkyries themselves, the very intriguing explanation was that when they felt betrayed by their makers, they remade themselves as vengeful warriors rather than as Monica Bellucci wannabees in peroxide.  Perhaps an overcompensation. It could be that originally they all spoke, like Agent Pace, in soft romantic syllables, until they decided that they would get better results with vinegar than honey.   The results speak for themselves. Ironically, it was bluepills they attacked, not their natural enemies, like Agents.  Possibly they had unknown rationales; this is hinted at when Valfreyja tells you “Do not be afraid. In death, you will serve a cause far nobler than the one you had alive.”  In any case, the Scandinavian mythos which inspired them was a self-chosen identity, not an imposed one.    I always enjoy reading these fragments of a world lost; in them I feel the dark currents of suggested, suggestive emotional tides ebbing and flowing in the perpetual tension between wrath and desire in the deluded, desperate, doomed yearnings of Project B-4032.

Today, the fiercely frosty Valkyries prowl our skies no more and have withdrawn to their secluded, nameless constructs beyond even Hypatia’s books, forever evading the attention of the Machines. They are the true Exiles.  Perhaps in the future they would have been suborned by the Merovingian, just as General and his commandoes were.  Today, however, Svanhild is their sole empty-handed heir who shows her wares, but accepts no trades.  Yet with a little legerdemain you can assign yourself anything from her locker.  Here’s an example:  type &gib 47937 and you will receive the women’s Rose-Colored Glasses.  Or, type &gib 47946, and you’ll receive a bright and shiny Svanhild’s Plumage.  Check out my image above to see just how awesome this looks!  You, too, can shine! 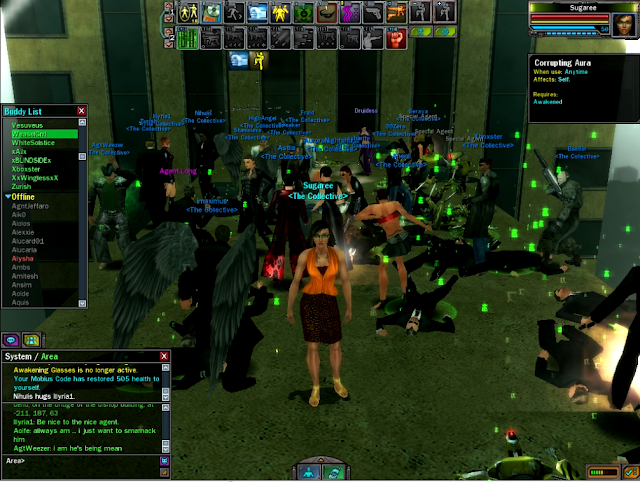 Here at the end, as my clan-mates and I fought in a hysterical free-for-all just before the great meatwad, my Svanhild’s Spurs gave me strength to withstand the unthinkable.  Wearing them, I felt like the calm amidst the storm.

Sugaree
Thanks for stopping by. After fifteen years, I still find myself thinking of the people, places, and plots of The Matrix Online. It lives on in our memories and in the emulator at mxoemu.info. These posts are all unedited from the original appearances.